Are you a creative type? Or would you like to become one? New research suggests this personal quality may be more important to our natural health than many of us realize. Of course, it’s long been known that certain personality features and resulting behavior patterns are associated with superior health and well-being. So the idea that creative traits have practical health and quality of life benefits shouldn’t be a total surprise. 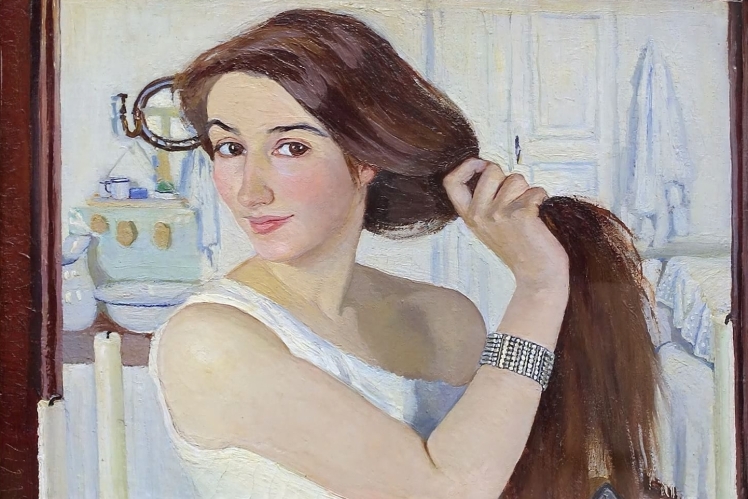 In the popular Big Five personality model – which emphasizes the traits Openness, Conscientiousness, Extraversion, Agreeableness & Neuroticism – a variety of research has shown some of these traits to be strongly correlated with health, success, happiness, and longevity. Neuroticism, for example, has been found broadly correlated with poorer health outcomes, while Conscientiousness and Agreeableness have been found to accompany or lead to superior states of health and well-being.

New research published in the Journal of Aging and Health, and picked up by the scientific and medical press, examines the trait of Openness and its association with longevity. This research is important because the trait of Openness is defined somewhat more broadly than the other Big Five traits and there is considerable scientific controversy today regarding both how to measure Openness and its health and quality of life consequences.

In the new study, researchers from three institutions in the United States compared the 18-year mortality rates and personality characteristics of approximately 1350 older male veterans. Following up on prior research suggesting that greater Openness leads to improved longevity, metabolic health, and even brain functioning, the team sought to determine which factors or sub-traits within the category of Openness have the most significant impact on longevity.

As highlighted above, it is important to underscore there is ongoing debate about what the Big Five trait of Openness entails. Some scientists view the trait more as the seeking or appreciation of creativity, while other researchers see it more in terms of intellectual richness and intelligence.

A broad summary of Openness sub-traits includes an appreciation for art, emotion, adventure, unusual ideas, curiosity, and variety of experience. But not all researchers agree with this list or that each of these sub-traits are equally important. If we had to define common ground amidst this controversy, we might say that Openness involves intellectual curiosity, creativity, and an affinity for novelty or variety, but this is not settled science.

With this context in mind, the research team found that it was the creative aspect of the Openness trait, not the intellectual one, that was most associated with increased longevity. The team’s specific finding was that a standard deviation increase in its creativity measure was correlated with a 12% reduction in mortality risk. This research outcome is sure to enliven the scientific debate regarding the scope and import of the Openness characteristic.

Notably, the researchers also found that their measure of intellectual richness was associated with increased longevity, but this correlation was smaller than with creativity and proved statistically insignificant once the results were adjusted for known sampling biases.

Before you run out to buy paints and an easel to enhance your creativity, or a trombone or set of drums, it’s worth considering two important ideas related to the new research findings.

First, the measurement of creativity was not defined by a specific pastime or set of endeavors, but rather by a more general pattern of reported background behaviors and attitudes. These included a personal ability or tendency to consider and remain flexible to new ideas, look for solutions rather than resign oneself to obstacles and problems, and act deliberately on opportunities and stressors.

In this sense, the new findings shouldn’t be startling, since these attributes sound a lot like natural adaptiveness and problem solving. On practical grounds alone, we would expect people with more of these daily behavior patterns to do better in life, including dealing more effectively with a variety of modern health opportunities and risks.

Second, since each participant’s principal creative objects or outlets were not measured or considered in the study, and health significance was established solely based on background characteristics or predispositions, this begs an important question regarding the optimal design and selection of creative pursuits.

If we are to nurture creativity in ourselves and others, we can and should consider which creative pursuits might have the greatest impact – both in terms of fostering healthy creativity in our personality broadly and practically impacting our health by increasing the quality of our personal choices.

Our Life As Art

This important and even health-transforming question lies outside the scope of the new research, but a considerable and growing body of science offers increasingly clear guidance on where we might best focus or train our creative capacities and inclinations.

Scientific guidance of this kind is in fact the basis of the third HumanaNatura technique of Natural Living. This large and diverse body of science – partially spanned by the new and still insufficiently integrated fields of Positive Psychology and Evolutionary Psychology – leads directly to HumanaNatura’s crucial emphasis on living life in an attentive, progressive, and health-seeking way – and thereby treating our life and health as created or artistic objects in themselves.

Though the idea that our life and health can be a creative object or outlet may seem strange or uncertain at first, really there is no reason why they can’t be seen this way and many reasons why they should. In practice, Natural Living’s encouragement of a creative and progressive focus on our life and health fosters not just a more open and engaged approach to modern living, but increasingly improved and higher quality patterns of action and choice.

The HumanaNatura technique of Natural Living is predicated on the idea that our individual lives and health are open-ended natural phenomena capable of nearly limitless cultivation and development. The technique specifically guides us first to seek health insights on an ongoing basis, fostering intellectual openness and new self-awareness. It then encourages us to creatively use these insights to form new health conditions in and around us. The result is our promotion of a creative practice in and with our lives, and practical health improvements to them as well.

Through sustained and thus compounding Natural Living, the technique helps us to view our lives in a powerful new way – recasting our lives and ourselves as a created rather than fixed or given entity. Our lives become lived more progressively and intrinsically (for their own sake). And our lives become more expressly seen as the creative and open-ended search for new health, new learning, and new states of self-expression that they naturally are in fact.

For these critical but entirely practical  reasons, the HumanaNatura technique of Natural Living engenders not just measurable health and quality of life improvements, it more importantly advances modern natural health transformation and creative new ways and states of life.

In the HumanaNatura natural health system, we encourage new and ongoing personal creativity and health-seeking progressivity via the implementation and regular renewal of an individualized Natural Life Plan.

If you have not yet created a Natural Life Plan – guiding your use and expression of the crucial HumanaNatura technique of Natural Living – this link will take you to our planning worksheets and get you started on our seven-step self-development process.

In practice, this process involves becoming more open to change and more creatively engaged in our lives, and then progressively more attentive and health affirming in the ways that we harness and channel our creative impulses over  time.

Let me encourage both steps as strongly as I can. New, self-created, and transformed modern life waits for you in them.

Mark Lundegren is the founder of HumanaNatura.

Tell others about HumanaNatura…foster new life and health!